Immersive Photography and Video in VR360°

What are immersive videos in VR360

Immersive videos and photos (also known as panoramic or 360-degree photos and videos) are digital images of a real-life scene where you record at the same time in any direction (360°). The user during the use of the content will thus have the ability to scroll up and down, right and left or, wearing the appropriate viewer, immerse yourself in a virtual reality where it will experience the realistic effect of immersion.

The technology available in the consumer and prosumer sectors has taken giant steps in the last 2 years and today’s cameras and cutting-edge cameras are on the market with unimaginable performance already up to a few months ago.

The producers have taken a unique direction, abandoning the old rigs of 6-12 cameras with all the problems related to stitching (the points of union between the various images necessary to compose a 360° panorama) except in some cases of professional machines, to opt for the majority of cases for cameras with 2 lenses able to shoot 180° of view, which will then be coupled in a single video, with a single stitching line.

"When being immersed in one's own thoughts will be a business, I will finally become a billionaire person." Luigi Costa

How to watch immersive videos in VR360

The immersive 360 ° content is currently supported by the most important social platforms (Youtube, Facebook, Vimeo, etc) and can be enjoyed easily either from the computer or smartphone in immersive 2D mode (possibility to move with the fingers or the mouse l ‘image) that with appropriate viewers, starting from the Google Cardboard (an economic adapter for smartphones) that with dedicated viewers like Oculus, Samsung Gear VR, etc.
This makes the 360 ° productions a must for corporate and social communication, a means that is in step with the times and already perfectly usable!
You can make your interlocutors live virtual experiences without moving, and it will seem like being there!
There are countless applications in the medical, real estate, industrial, promotional fields

At Polaris Video Service we are able to shoot immersive 360° photo and videos with cameras and supports suitable for the type of shooting you intend to create, and perform high resolution editing with graphics

We also produce 360 ° photos and videos with cameras mounted on drones, for sensational shooting at high altitude (and adrenaline!) 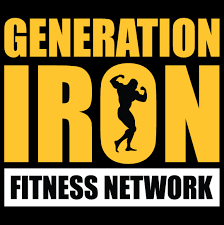 For more information on our prices for video services in Rome and throughout Italy, for the production of corporate videos, commercials for TV, cinema and the web, rental of authorized drones with operator, web streaming, immersive 360 ° videos and all the others our services do not hesitate to contact us for a free quote!

or email us: [email protected]